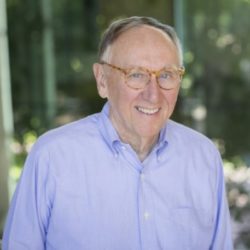 A landscape architect by training, Jack Dangermond founded Environmental Systems Research Institute (Esri) in 1969 with a vision that computer mapping and analysis could help design a better future. Under Dangermond’s leadership, that vision has continued to guide Esri in creating cutting-edge GIS and Geodesign technologies used in every industry to make a difference worldwide.

Dangermond fostered the growth of Esri from a small research group to an organization recognized as the world leader in GIS software development. Esri employs more than 4,000 people worldwide; many who shared his passion for GIS in the early days are still with the company and remain dedicated to helping our users be successful.

Dangermond’s vision for Esri goes beyond building the leading GIS technology. He keeps the company mindful of global challenges and the needs of specific industries. The ongoing drive is to engineer ArcGIS to aggregate and integrate increasing quantities of data, to visualize and analyze the data to gain holistic understanding, and to help individuals and organizations make impactful evidence-based decisions.