Reality Capture in the Real World: Challenges and Opportunities

When working with existing buildings and infrastructure, there are rarely complete and accurate documents that can be relied upon for renovation or construction. Digitizing as-built structures can provide an accurate, accessible snapshot of an asset, allowing project managers and other stakeholders to have a starting point for future work. As reality capture technologies have continued to evolve, so too have the workflows for capturing as-built documentation, including workflows that accelerate the pathway from 3D scans to BIM, floorplans, or other construction-ready formats. This session will highlight innovative projects and workflows that are bringing as-built scans to new heights.

Contracted by the Nashville International Airport, Foth created a full digital twin of all airside services. This was accomplished in just a few short days by collecting over 7 Terabytes of raw data via the mobile acquisition platform, RIEGL VMX-2HA. Project deliverables were staged, with the first being a rapid delivery of safety zone slopes to verify regulation compliance. Additionally, concrete analysis was performed utilizing the downward facing cameras and artificial intelligence and machine learning technology. This method provided more consistent results with a reduction to labor time. Specifically showcased by this project are the benefits realized by employing mobile lidar systems to create digital twins, as well as how software can assist with the management of extra-large data sets often linked to successful point cloud processing.

Mobile Mapping for the Masses: Reality Capture at Scale

The building industry is becoming increasingly dependent upon accurate digital models of the built environment. But despite operating within the world's largest asset class, professionals still rely on old paper drawings, incomplete CAD files, or unreliable PDF's. There are approximately 111 million buildings in the U.S. totaling roughly 340 billion square feet. To properly maintain, improve, and renovate any building, a team must have a reliable point of departure for their architectural, engineering, construction, and consulting processes. Every day, major decisions are based on assumptions and guess-work, limiting the capability of building industry professionals to thrive in an increasingly digitally-native world. Today, in the building industry, professional standards are aligning with those already demanded elsewhere in the economy, driving a shift away from legacy solutions to companies that offer accurate building documentation produced by professionals. As an example, Wagner College, looked to invest in creating a digital twin of their campus. Paper drawings of the campus already existed, but the college was interested in future-proofing, which will save time and money on capital planning projects. Wagner staff had never used laser scan data before, but they have found the 820,000-square-foot digital campus extremely helpful. They will use it well into the future for a variety of needs.

The Reality Capture of Today

Reality Capture is a term that is becoming more mainstream with the inclusion of lidar sensors on our mobile phones. Previously we used tricks in photogrammetry to model 3D environments using software to stitch the imagery into a meshed environment. This started with handheld cameras and moved into outer space with the ability to capture stereoscopic images from satellites. Now we are seeing more options to use lidar generated point clouds as the base to stitch images to, creating a much more accurate dataset to work from. Recent advances in SLAM technology are now allowing users to pick up lidar sensors in a handheld format, while also capturing high fidelity panoramic images, to create accurate 3D spatial environments for professionals 10x more efficiently than previous methods.

In 2022 a program to map with geospatial technologies more than 500 social housing buildings in the municipality of Milan (North Italy) have been started. The aim of the program is to carry on a SLAM Based mobile mapping of the entire estate finalized to obtain a Digital Twin of all the sites and to compile a facility management Data base. The survey is shared by web with a 360° spherical images (with 3D mesh in background) virtual tour and the elements of the data based recognized on the cloud platform. The mapping program will last 18 months. This project represent the biggest Digital Twin mapping project started in Italy, based on lidar+360° images mobile mapping devices and cloud shared data. The author has been involved in the project as technical consultant to define the specification of the mapping work and for the testing procedures during the progress of the work.

The presentation will introduce the slam mapping and data extraction and data sharing workflow.

b) The mapping is carried on

c) The raw data is made available for testing the procedures

e) If the model is approved, it is shared in the cloud

f)  The data is extracted and the elements recognized in the images and 3D model. A DB is filled

g)  The data is stored in a "cold" data storage 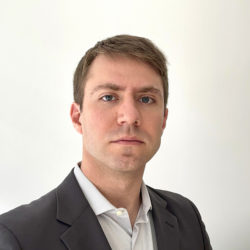 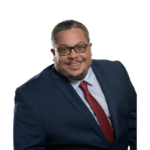 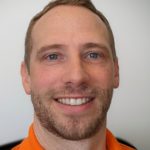 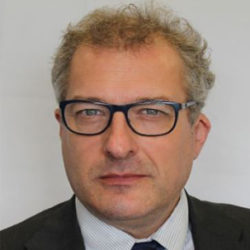 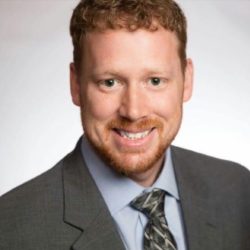 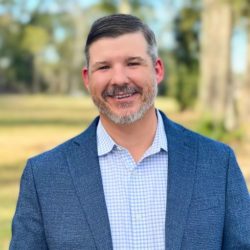